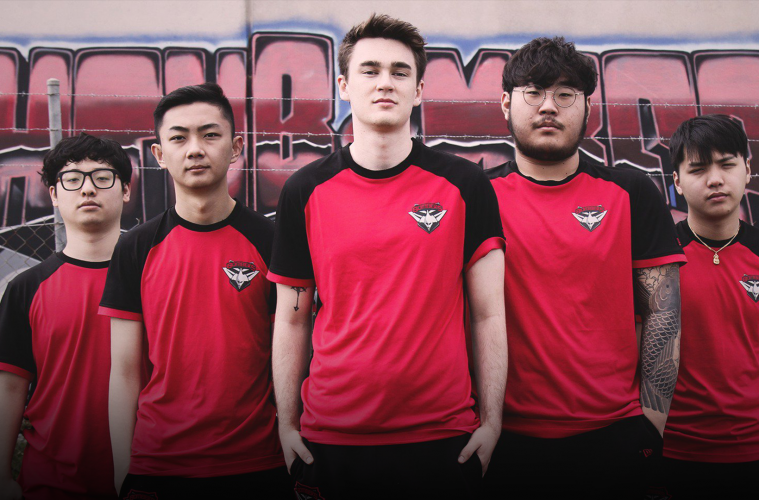 OPL: The Story So Far

Four weeks of the OPL have now been completed, and with it each team has played every other at least once. With that in mind, it’s a good time to take a look at how each team has been performing, and whether or not their results so far have lined up with expectations coming into the 2019 season.

Not only are the scores rather neatly split from the top to the bottom of the table, each group of two teams that share a score can tell a very interesting story. From the highs to the lows, the disappointments and successes, the four weeks we’ve had with the new best of 1 format has already taught us quite a lot about the teams competing for the top spot.

Both of these teams were definitely in the conversation during the preseason when it comes to which teams would be fighting for the top of the table. What is somewhat of a surprise though is just how dominant they have been in securing their 7-1 start to the split.

One aspect of their play that really sets them apart from the other teams has been their clearly superior shotcalling and team fighting ability throughout the mid to late game. FBI and Raes have been definite standout players for their teams and the league, especially for their ability to navigate team fights and output considerable damage throughout them.

Of these two teams, I would place the Chiefs above the Bombers going forward not only because they currently have the lead in the head to head matchup, but because their wins have seemed cleaner and much more dominant. Bombers are no slouches though, and even with expected meta changes the two teams are set up to have strong middle thirds of the season.

The Pleasant Surprises – Order and Avant (5-3)

At the end of the first round robin, both Order and Avant ended up with very respectable scores, which was a bit of a surprise for different reasons. For Order, they came in to the season with a strong roster that was expected to perform well, but stumbled hard in the first week. Granted it was up against tough competition in Avant and the Bombers, but the manner in which those losses came about didn’t inspire confidence. For them to take the next 5 games, with a massive win against the Chiefs was great to see, and definitely brought them back into the fight for the top of the table.

On the other side of the coin, Avant was a big unknown at the start of the season, with an overhauled roster and a lot of question marks surrounding them. It was definitely the biggest surprise of the season so far to have such an untested roster perform to the level they have, and to really stake a claim for the top half of the table. With their only losses coming at the hands of the number one and two teams, Avant has made sure that they’re not to be taken lightly.

The Ugly Ducklings – Mammoth and Gravitas (3-5)

There is definitely potential in these two teams that have been yet to be realised. Mammoth came into the split with a lineup that was expected to challenge the top of the table, but in their current form are fighting just to stay within arms reach of the top half. The individual skill is definitely there on the team, but at the moment have been misfiring when it comes to the execution, but if they are able to clean up their play over the next few weeks, Mammoth is definitely a team to look out for.

Gravitas on the other hand came in as a bit of a wild card, and have put up some solid performances despite their record not reflecting that. Although they don’t seem to have as strong of a roster as Mammoth on paper, they’re in a very similar situation in which sparks of brilliance have been shown, but a refinement is definitely needed if they’re to start stringing wins together and climbing the ladder. Starting out the second round robin with a big win over Order is definitely a good start.

Coming in to the 2019 season, both of these teams had overhauls in their rosters, and not in the positive sense. Losing the majority of their lineups that brought both teams success in 2018, expectations were set very low, and the 1-7 scores reflect that.

There have been moments of brilliance from these two, but unfortunately they have been too few and far between for them to establish and maintain advantages. Dire Wolves did manage to post up one of the biggest upsets of the season so far, taking down Mammoth, but with how much they have been underperforming so far, it does diminish the impact of that win a fraction.

There is still a lot of League of Legends to be played before can even start thinking of playoffs, and with the 9.3 looking to shake things up a bit, we’re bound to have an interesting next few weeks. To check out all the action live, the OPL is on Friday and Saturday, starting from AEST over at twitch.tv/.