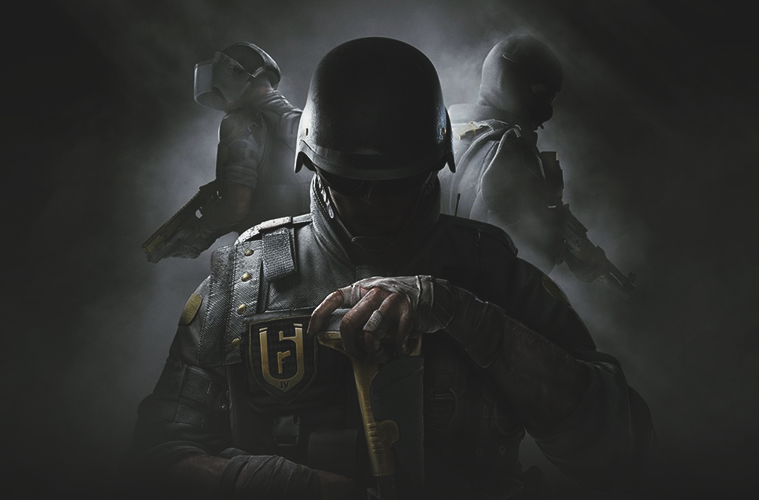 The Rainbow Six Summer Series is a brand new ANZ tournament that, for the first time, is open to ages 15 and over. The 16 team Summer Series will be a chance for lesser known rosters to make a name for themselves against the Season 9 Pro League contenders, with the Pro League teams receiving an automatic invite to the tournament. The remaining spots will go to teams that qualified via last weekend’s Go4R6 PC ANZ Cup.

Boasting a $5,000 prize pool, and automatic entry to the Oceanic Cup for the top 4 teams, this single elimination best-of-3 tournament will be held over 4 consecutive weekends starting January 19 and concluding with the grand final on February 10.

We got a chance to see the Pro League teams in action during the Six Invitational ANZ Qualifiers. But with powerhouses FNATIC already having secured their position at the Six Invitational, the rest of ANZ were left to fight it out for a shot at the APAC Qualifier finals. After 2 action packed days, the ex-Athletico roster finally overcame a new look Dark Sided lineup.

So how will your favourite Pro League team head in to the Summer Series?

Avant Gaming made waves unveiling their entry in to Rainbow Six Siege on stage at PAX AUS 2018. The former Dedset roster have had plenty of time to settle in to their new colours and will be looking for a deeper run than the Six Invitational ANZ qualifiers.

Vast, JoeyG, Legion, Redolent and Shabz were playing under Freshman Class 2018 until they found a more permanent home under the Onyxian banner. Joined by their coach Soch, they are looking to prove themselves against the best ANZ have to offer.

Update: Oddity Esports has picked up the roster with Raven joining as the coach.

We found out a few days before the Six Invitational ANZ Qualifiers that the Athletico players were not renewing their contracts with the organisation in hopes of attracting better offers elsewhere. Will we see another local organisation like Tainted Minds, Order or Chiefs enter the scene? Or will the team be the target of overseas organisations looking to enter the ANZ and APAC scene? If they can carry over their strong domestic performances internationally, it definitely isn’t out of the question.

After finishing the ANZ leg of the Season 8 Pro League with first seed, the ex-Athletico team went looking to make a move to help their international performances and believe they have found their man in former Onyxian (previously Freshman Class 2018), Joey. The player to make way? The long standing Todd, who heads to Onyxian with a fire in his belly wanting to help the team improve on their fourth place S8 finish.

Shortly after PAX AUS, Dark Sided revealed that two long standing members, Cutie and Virtue, were moving on. Things took another turn when Fletch announced that he was leaving Dark Sided in a tweet just before Christmas. This meant that Dark Sided were not meeting the 50% of returning roster rule for the Pro League, putting their place in jeopardy.

With no official announcement from the organisation, the team fielded 3 new faces in Bailey, ItBeStyle and returning veteran Shak alongside Speca and Jackdaddy during the Six Invitational Qualifiers, making there way to the finals no less.
However it has since been revealed that Cutie will be returning to the team allowing Dark Sided to keep their place in the Pro League.

This isn’t the first foray for the brand in to Rainbow Six Siege, being the home of the current FNATIC roster until their much publicised switch. Mindfreak went back to the drawing boards and picked up team ‘TBD’, victors of the S8 Challenger League. The team composed of Warden, Cursedwings, Crescent, Shadey and former Mindfreak player Kngz had a somewhat underwhelming qualifiers and will be wanting to show that they belong at the top.

With a public search for their newest member and sub, FNATIC didn’t have to look far as they welcomed former foe, Virtue from Dark Sided, to their ranks. With super-sub (see Season 8 Finals) and coach Dizzle more than capable to play in a pinch, the acquisition of Virtue will allow the roster of 6 to ensure they are ready for all circumstances and playstyles thrown at them both locally and internationally.

Not much is known about this acquisition other than that the North American based organisation Lowkey Esports has taken on the Crimson Gaming roster in its entirety. The organisation has a number of rosters across various platforms and games, but it is the first time they have entered the ANZ scene.

Who will walk away with the trophy? Will there be a major upset? You can catch the Summer Series action on Twitch and in the meantime stay up to date with all the news heading in to the tournament via Twitter!