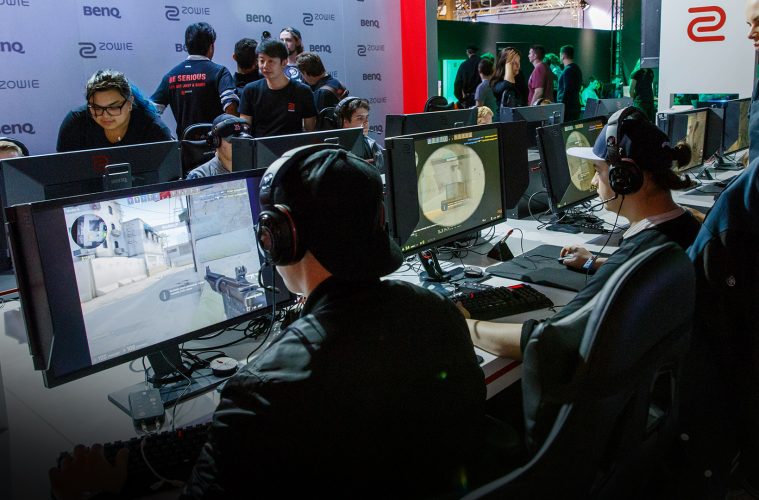 There are many important aspects to esports and professional gaming, and alongside skills and mental attitude; the proper gear for the best performance. From the PC to peripherals, professional gamers require not only the best but reliable tools in the game and this is where BenQ Zowie has made themselves a household name within the esports market. In this article, we’re diving into why many pro and competitive players swear by it.

BenQ acquired the Zowie brand back in 2015 to release esports focus professional gaming products to the target market of competitive gamers. BenQ has been creating monitors for the gaming market and became renown within the competitive space, so the acquisition of the Zowie brand and line of products is a no brainer move to complete the needs of a pro gamer.

Since the rise of competitive CSGO, the monitor to have was a BenQ Zowie. Many tournament organisers have also opted to use BenQ Zowie as it was the most used monitor by pro players. This led to the popularity of the brand for competitive gamers which also stemmed down to the peripherals Zowie created aimed at that certain demographic.

PROSETTINGS.NET, a hardware website who correlates an awesome detailed list of pro player’s hardware and configurations have found out that the BenQ is the most used monitor among pro players with the brand taking the top three spots on their list of monitors used.

The BenQ Zowie XL2546 is most used gaming monitor for pro gamers with a whopping 47% of pro players calculated using the model. Featuring a 240Hz panel and 1ms response time – the performance and size are the key features for making this monitor the number one choice. The BenQ XL2540 comes close and is essentially the same monitor just without the DyAC. Coming third is the BenQ Zowie XL2411 which serves as the ‘entry-level’ 144Hz model.

Performance is the key to everything and BenQ Zowie was one of the first brands to nail what pro gamers want out of their hardware. Let’s have a look at what standout features BenQ Zowie monitors have which pro players look out for:

Black eQualizer – This feature which is a proprietary of BenQ has been a godsend to most first-person shooters whether competitive or casual. The feature allows players to brighten darker areas of maps without overexposing the general game (washing out the visuals) allowing you to see enemies with ease. I use this feature a lot – especially with games with dark areas like Rainbow Six Siege and Battlefield.

Profile Settings/Esports Ready – You know BenQ Zowie wanted to create something solely focused on just performance hence why their monitors don’t have any gimmicky lighting or stands. While most casuals don’t really care about profile settings for monitors, pro and competitive gamers love to take advantage of their settings especially having them ready to go at events. Majority of the BenQ Zowie models have the S-switch which allows them to save or change settings on the fly without the hassle.

DyAc – which stands for Dynamic Accuracy is another proprietary of BenQ which is designed to reduce motion blur. When first introduced, it was hard to understand this feature but after personally using it, it does improve the clarity of a fast-moving game but reducing the blur. According to PROSETTINGS.NET, not all pros use this feature but it’s something of an added bonus.

You can check out how it works in the video below:

The above features are why most professional CSGO players choose BenQ Zowie monitors. With the rise and popularity of esports comes a bigger emphasise on the hardware market, BenQ Zowie kicked off the trend of making esports focused monitors and peripherals and, to date still is one of few brands still focusing on the area.

Aside from making monitors designed for esports, BenQ Zowie has been heavily invested in esports with the sponsorship and partnership with major tournaments and events such as the recent Berlin Major and Dreamhack. Back in 2016, Zowie sponsored eXTREMESLAND which focuses on highlighting CSGO in Asia which also paved a pathway for local Oceania teams to compete against some of Asia’s best. We’ve seen prominent teams such as ViCi Gaming, Renegades, Chiefs Esports and Flash Gaming partake in this tournament.

As a brand that has created a strong focus on creating what professional players want, BenQ Zowie has excelled in becoming a staple name within the esports community especially within Counter-Strike and today still remains as the brand to get for competitive shooter players.

The article is sponsored by BenQ Zowie. You can check out the range of BenQ Zowie gaming monitors here. Thanks to the people at Prosettings.net for letting us source the data.