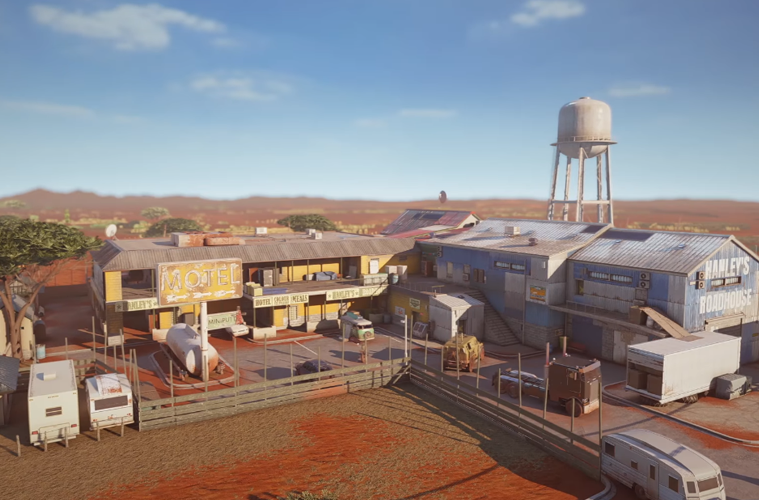 Ubisoft has revealed a 60-second sneak peek at the upcoming map ‘Outback’ part of the Burnt Horizon season for Rainbow Six Siege which takes place in Australia.

The post on Rainbow Six blog goes into detail about the backstory to the map where a nuclear convoy has crashed into a local pit stop in outback Australia after coming under attack prompting the Rainbow unit to respond.

Assistant Level Design Director Jacques Wong details that the map is inspired by current Rainbow Six Siege maps Oregon and Clubhouse which many players can relate to while watching the teaser video.

“We divided the map into three distinct sections – the Garage, the Motel, and the Restaurant – and put a lot of effort into making sure each section is recognisable, even from far away,” Wong explained. “There are specific colours for each section, and we used lighting and geometry to direct the player’s gaze to where they need to go.”

This is the first time Rainbow Six Siege has gone down under with 2 new operators based on the Australian elite SASR and a map country Australians will find recognisable. Ubisoft will be doing a full reveal on the Burnt Horizon season on January 17th 2019.