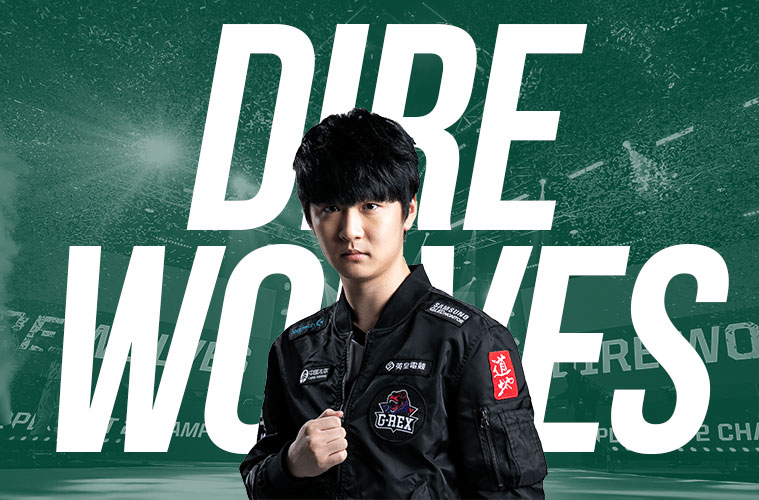 After revealing their long term strategy, Dire Wolves have announced that they’re developing a unique 10 player roster going into split 2 of the 2019 OPL season. Tonight, they announce the signing of former LCK player, JiHwan ‘Raise’ Oh to the roster.

“It’s an honor to join Oceania’s premier League of Legends team, the Dire Wolves. I will do my best to qualify for Worlds 2019 and advance to the main group stages.”

Raise has previously played for the LMS team, G-Rex and prior to that LCK teams Jin Air and Kongdoo Monster. Founder & CEO, Nathan ‘Rippii’ Mott mentions in the press release that “What stood out for us during the selection process was Raise’s drive to lead a team from the Jungle position, which aligned with how we wanted to build our team going into next Split.”

He also touched that because Raise has spent a year playing for EU LCS Team Roccat “Raise already has strong english ability which we also valued highly.”

Dire Wolves has mentioned Raise will join the team in Sydney later this month and will be training from their Sydney Cricket Ground facility. The organisation has also teased they’ll be announcing their second import player soon whom completed in the LCK Split 1 this year. Keep an eye on their socials for the latest.