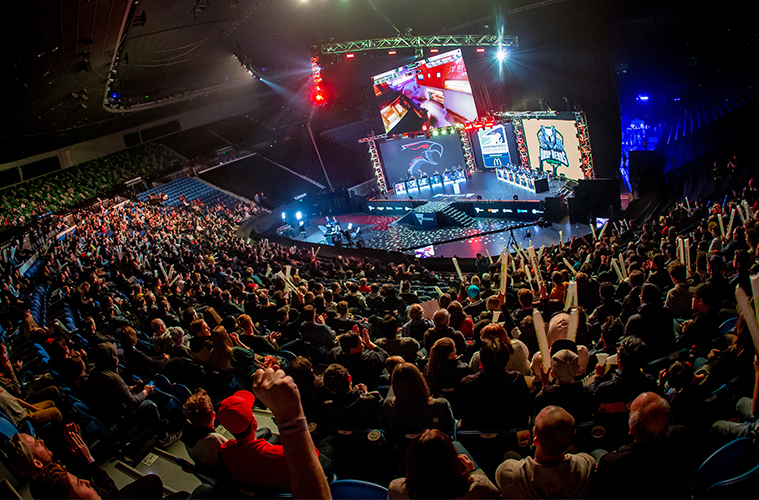 Good news esports fans, MEO is back this year now packed with Siege and Misfits.

ESL and TEG Live has announced that the Melbourne Esports Open (MEO) will be returning 31st August and 1st September 2019. Building upon the success of the inaugural event last year, titles such as League of Legends, Overwatch, Fortnite, and Pokémon will be returning to this year’s line-up with the addition of Rainbow Six Siege.

Returning to the Melbourne & Olympic Parks, the event will expand it’s esports activities across to the Melbourne Arena and Grand Slam Oval. Like the previous event, Rod Laver Arena will play host to League of Legends OPL Finals on Saturday 31 August and the Overwatch Contenders Australia Finals on Sunday 1 September while an array of other tournaments will be taking place in Margaret Court Arena.

Victorian Minister for Tourism, Sport and Major Events, Martin Pakula, said, “Victoria is Australia’s major events capital – and we’re proud that the Melbourne Esports Open is returning to Melbourne and Olympic Parks in 2019.

“In 2018, the event transformed Rod Laver Arena into an esports arena to rival the greatest in the world – and expanding throughout the Olympic Park precinct in just its second year is a testament to how quickly fans have embraced the event, with thousands expected to get involved in the festival this year.”

TEG Live Managing Director, Tim McGregor said; “The Melbourne Esports Open was an esports phenomenon in its inaugural showing last year, attracting 12,000 dedicated esports fans to the event, with over 600,000 unique livestream viewers tuning in online, and 12 million views on social media across the weekend.”

“With more of the best esports titles joining the event in 2019, there’s something for every gamer. In 2019, the Melbourne Esports Open will be bigger and better and we’re excited for fans to see what we’ve been planning.”

It’s great to see the Melbourne Esports Open return and it looks promising with a bigger setup and one of the fastest growing esports title Rainbow Six Siege being added to the line-up. More information and tickets are available here.

Presale tickets will be available via Telstra Thanks® from 10.00am (local), Friday 12 April and the general public commences from 2.00pm (local), Monday 15 April from Ticketek.