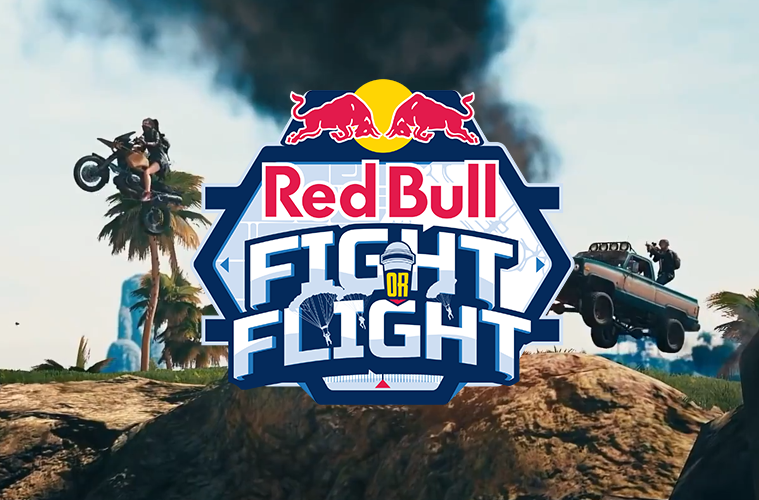 Red Bull Fight or Flight is a faster-paced PUBG Tournament

Announced this morning, Red Bull has teamed up with HP Omen and ESL to bring a faster-paced amateur PUBG tournament to Australia with the first of three qualifiers kicking off at PAX Australia 2019.

The tournament will feature 12 (4-person) squads with custom PUBG settings that will focus on a faster-paced battle royale experience. With a faster blue zone, and frequent care packages on the smaller Sanhok map – games are expected to last no longer than 15-minutes. Red Bull Fight or Flight is also open to all players encouraging all level of players, amateur or seasoned to take part.

“PUBG is such an exciting game because you could always be a moment away from being taken out – with the Red Bull Fight or Flight rules this effect is doubled,” said Kritikalmotion, one of Australia’s most prolific PUBG streamers.

The prizes for the tournament valued up to $45,000 including an all-expenses-paid trip to the PUBG Global Championship Grand Finals, taking place in Oakland, California. (November 23rd and 24th).

The tournament structure below shows three chances to qualify with a PAX LAN qualifier, an online qualifier (via ESL Play) and the last chance qualifier the day of the grand final in Sydney NSW.

For more information about the tournament and registration, hit up the Red Bull Fight or Flight site here. You can also check out the qualifiers in detail below.

Squads can register at the Red Bull and OMEN booth during PAX on a first come, first served basis. The winning squad on each day (Friday, Saturday and Sunday) will win flights and accommodation to the Red Bull Fight or Flight Grand Final in Sydney on the 2 November 2019 to compete.

Registrations will be taken online at ESL Play until 11:59pm AEST, 17 October, 2019 or until timeslots are full. Teams will battle their way through a tournament format to claim number 1 spot. The winning team from each of the three online qualifiers will win a $2,000 stipend to assist with travel and accommodation to attend the Grand Final in Sydney.

Registrations will be taken online until 11:59pm AEST, 1 November, 2019 or until spots have been filled. The top team from each group will advance into the final lobby, with the top six teams of the Last Chance Qualifier qualifying to the Grand Final.

The final twelve teams that have qualified for the Grand Final will compete in a five-map series on the Sanhok map, with teams earning points for both overall round placements, as well as eliminations. At the end of the fifth map, the team with the highest total points will be declared the winner.