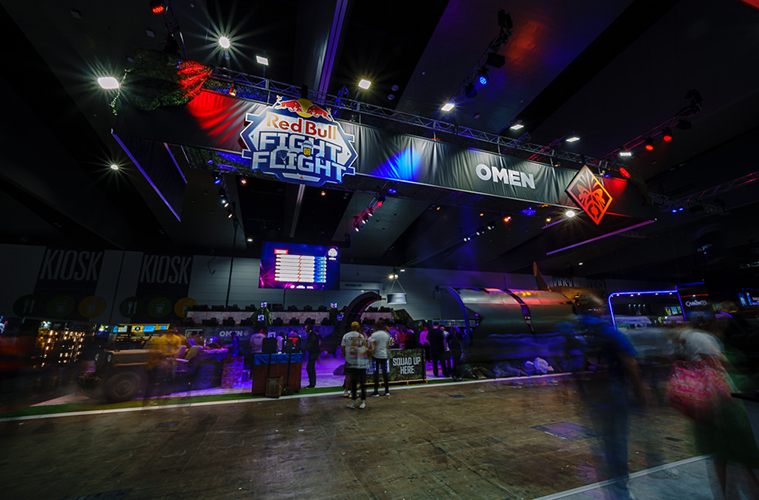 During PAX Australia 2019, the first qualifier for the fast-paced Red Bull Fight or Flight PUBG tournament took place on stage powered by HP Omen. 3 out of 105 squads secured their spots at the Sydney grand final in front of a packed PAX Australia 2019 weekend.

“Battle Royale’s success as a game genre has hinged off its ability to bottle and sell tension, and Red Bull Fight or Flight amplifies this twofold. The unique in-game settings for Red Bull Fight or Flight definitely levelled the playing field between amateur and seasoned players, with the fast-paced matches resulting in some epic gameplay. This format could easily become the ‘Big Bash’ of esports in the future,” said Joshua Inman, Operations Manager at ESL Australia, representing Fight or Flight.

“I am excited to see how other teams handle the unique in-game settings in the next two qualifiers and the strategies that the qualifying squads come up with for the Grand Final.”

With the first qualifier done, there are only 2 more chances for amateur teams to secure a spot at the grand final so there’s still plenty of chance to make it to the live finals in Sydney.

The next qualifiers will take place online this weekend (18-20 Oct) via ESL Play, with the winning team from each of the three online qualifiers heading to the Grand Final and awarded a $2,000 stipend to assist with travel and accommodation.

Tickets for the Red Bull Fight or Flight Grand Final at Carriageworks in Sydney which takes place on November 2nd 2019 is also available now. For more information on the tournament and how to purchase tickets is available here.