The second batch of Witcher 3: Wild Hunt’s free DLC packs have been announced, set to launch this week on Playstation 4, Xbox One and PC. The two packs include a new quest, ‘Contract: Missing Miners’ as well as a new look for Yennefer of Vengerberg in game.

Two free packs are already available for Wild Hunt, with more to be announced and released in the near future. You can keep up to date on these announcement on the Witcher’s Twitter and Facebook pages. 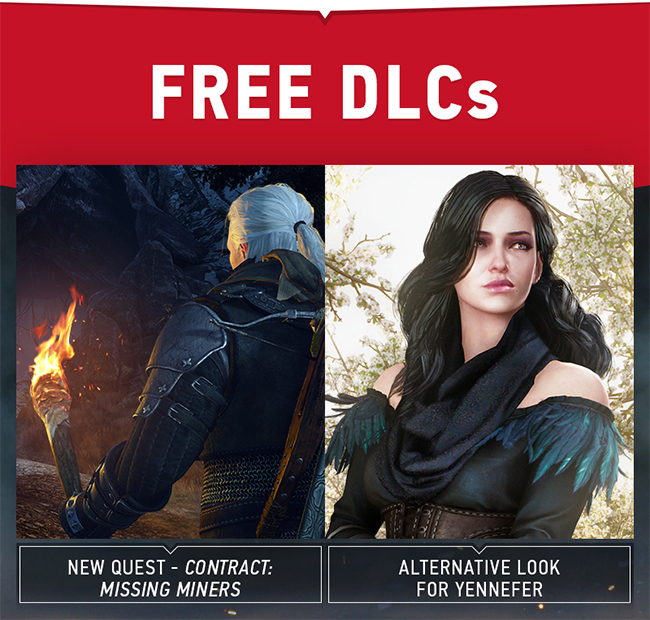