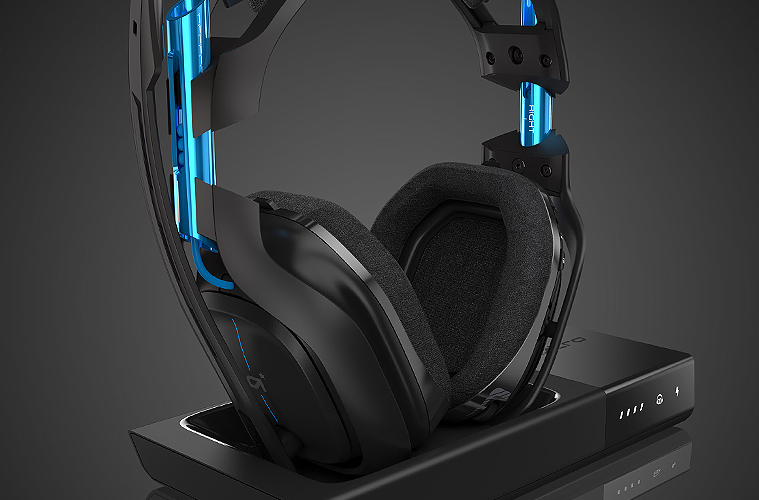 ASTRO Gaming has been a company whose roots and popularity have started among the competitive Call of Duty esports scene and was ‘the’ headset to wear for console pro players. This is where my exposure to the ASTRO Gaming brand started and in the past, owned and recommended the A40 series headsets not only because of it’s comfortability but also easy portability. In 2017, the company was bought out by the major peripheral company Logitech and over the years, have gradually increased and updated its range. Today, I’m looking at their flagship model from the range – the ASTRO Gaming A50 Wireless.

As mentioned, the ASTRO Gaming A50 Wireless is the company’s flagship headset model coming in at a premium price of $479AUD, which is positioned towards the high end of the pricing scale when compared to other wireless gaming headsets. While pricing is justifiable when it comes to paying for premium audio, is the ASTRO Gaming A50 Wireless worth the price of admission? Let’s take a dive.

Out of the box, the ASTRO Gaming A50 Wireless comes with a charging dock which also serves as the hub to connect your console and/or PC. It features line in, optical port and USB which not only connects to the PC but draws power to charge the headset. The charging dock works fairly straight forward as it charges via a conductive method by placing the headset upright on the dock without the need of plugging in a charging cable or removing batteries etc. While it’s super convenient to just mount the headset on the dock, getting the dock to detect the headset sometimes can be fiddly as you have to make sure the conductive units touch all the time. With my experience after a week, I was still consistently missing the contact points and one night realised I didn’t charge my headset before going to sleep.

For a wireless headset, the ASTRO A50s are quite comfortable in comparison to some wireless gaming options I’ve tested in the past. Taking the same design layout as the A40 version, the ASTRO A50 looks slightly bulky but is actually lighter than it looks with virtually no pressure on your head when it comes to long sessions. I’ve tested the A50 for roughly 3-4 hours sessions at a time and sits very high on my list when it comes to comfort. The only downside unlike the A40s in their range – the A50s aren’t really designed for portability as you’re required to take the base station everywhere with you but that, its the perfect setup for your gaming setup and PC at home.

While there were some drawbacks to the dock design and functionality, the area the ASTRO Gaming A50 Wireless excels are in the audio department. Out of the box, the ASTRO Gaming A50 is bass heavy which still presented decent mids and highs. What you do get the option to do however is to tweak the EQ using the downloadable software. The Astro Command Center is easy to use and comes with features you need to tweak the headset to your liking. You can also save your setting which allows easy switching on the fly via your ear cups, so no need to open up the software again. You can also tweak other settings like the microphone to get the best sound you can get given the environment and situation.

Battery life is sporadic in my experience with the ASTRO Gaming A50 Wireless. At a single charge, I usually can go roughly 8-10 hours before needing a full charge. The site advertised that the battery lasts more than 15 hours but mine would never go over the 10-hour mark which is slightly disappointing. The range on the ASTRO Gaming A50 Wireless is quite good however able to cover my entire room/gaming setup which is the environment I tested the headset in. I was even able to go to the kitchen and grab some water while still hearing game audio which is about a few rooms away through two walls. While realistically you won’t be gaming from another room, it’s good to see the wireless able to cope a fair distance away.

The microphone quality is nothing to write home about but it’s good enough for the average gaming situations. I’ve found that it seems to perform better when it comes to blocking out ambient noise in the surrounding area. It’s not great for something like content creation but works well for communicating with teammates over in-game chat or Discord.

Overall, the ASTRO Gaming A50 Wireless is a great headset if you’re looking at a wireless option with brilliant audio. While there are some niggling issues like the battery life and charging cradle, the sound and design have been the key points with my experience with the headset. The price, however, is quite steep coming at $479 AUD which may not fit everyone’s budget but it’s a premium worth jumping in especially if you’re gaming on both PC and PS4.

Disclaimer: ASTRO Gaming provided a unit for review purposes. This does not reflect or contribute to the overall review or scoring.